Virtual Reality and Healthcare  —  Where Did It All Start? 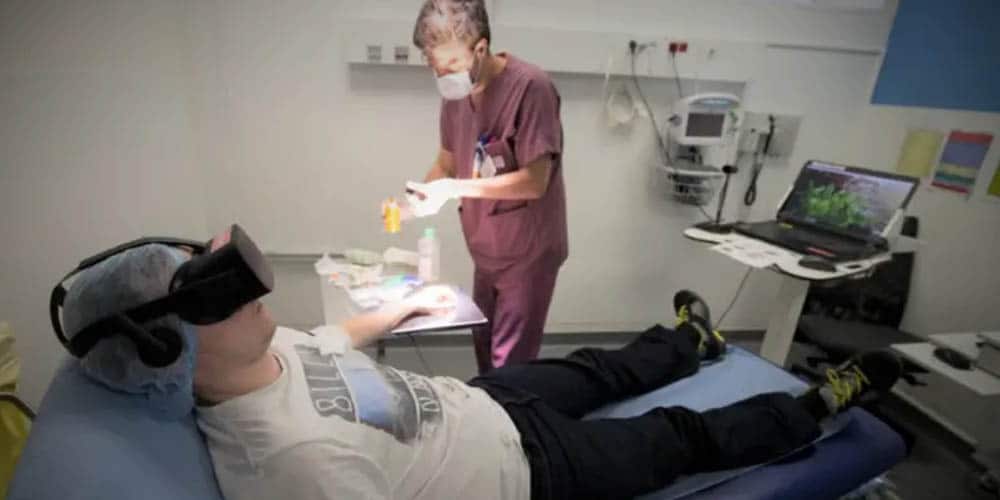 Virtual Reality (VR) has long been associated with gaming.

In fact, I bet that if you read or heard the term, you’d instantly relate it to a form of engaging entertainment. Right?

But what if I told you that VR’s possibilities don’t just end with a really fun experience (and nothing more)? VR has made it possible for gaming to be associated with new concepts, such as medical training, enhanced rehabilitation, patient care innovation, and many more.

Virtual Reality as a technology started in the 1990’s. Back then, research teams from the University of North Carolina and the US Department of Defense started equipping surgeons with the first models of VR headsets and started trying “real” procedures with computer-generated images. After studies like this showed positive results, it became a growing market for VR development, as well as optimism around surgical simulation.

As previously noted, the first applications of the technology were used for computerized training in different medical specialities. VR training proved to be much cheaper in comparison to traditional medical training, based on direct patient contact and textbook-and-lecture. Likewise, these new technologies also allowed medical students, trainees and nurses to gain experience and practical hours without any direct risks on real patients.

Although VR developments were only available to a reduced group of experts and organizations for a long time, they’ve been gaining exposure, clinical validation, and funding through different organizations since the 2000’s.

Even though the Center for Disease Control and Prevention identified that playing video games for several hours was directly related to low physical activity in the United States in 2014, the boom of VR and the ever-growing fan base that video games have had worldwide made it possible for gaming and software development to drive important leaps in how technology can improve the lives of many people, ranging from those looking to stay fit, to patients with traumas and phobias.

Although there are many ways VR technology is being used in healthcare today, here are some of the most prominent uses it has:

1. Pain Management: As it has been proven, some parts of the brain are directly linked to pain. According to the Human Interface Technology Lab at the University of Washington, VR apps have an analgesic effect and “numb” these areas of the brain, making them less active and helping patients cope with damage better.

2. Ocular Diseases: Most specifically, Amblyopia, a condition in which the eye and the brain don’t work together properly. For this specific disease, which mostly affects children who would otherwise have to wear patches, gaming company Ubisoft developed a game with specific 3D characters that can improve eye-brain coordination and might be available for prescription soon, according to Forbes.

3. Physical Therapy: From running and exercising to treating anxiety disorders, VR apps provide patients and people with different ways to improve their body responses to some circumstances, while allowing them and their doctors to access progress data, to control their virtual environment and to measure their responses.

What the Future Holds

VR applications in healthcare are expected to continue growing and evolving over the coming years. Apart from the uses exemplified above, VR is also expected to have a great role in microsurgery and nano-surgery, with projects such as the Da Vince Surgical System, which is used in many European and American countries for minimally invasive procedures and laparoscopic surgeries.

Likewise, medical associations and professional organizations are increasingly focusing on measuring the impact of VR on health treatments, which translates to improvements in different areas of the industry and the redesign of traditional healthcare systems.

It’s safe to say that we’ll be listening more and more achievements in VR in healthcare, which will hopefully translate to better treatments and experiences for both patients and clinicians.

And that we won’t associate VR to just video games.

Gabriela Montes de Oca is a communicator who embraces creativity and a strategic mindset in every aspect of her life.

She’s passionate about traveling, the entertainment industry, digital innovation, and technology. When she’s not working on communicational strategies or creating content, you can find her trying new cuicines around the world or at her local cinema.