How Virtual Reality Is Helping Paraplegics Regain Control of Their Bodies 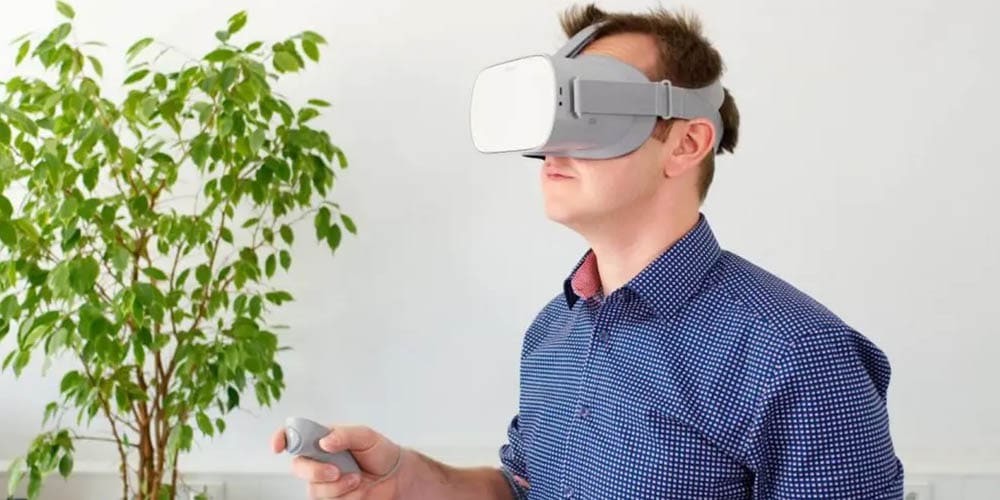 Spinal cord injuries can have a devastating effect on a person’s life. However, the list of potential treatment methods continues to grow.

VR may offer a closer path to a full recovery, which would have seemed impossible to many not long ago.

Medical researchers are currently learning more and more about how VR may restore feeling in patients who lost sensation in areas of their body after suffering spinal cord injuries. As more physicians and scientists conduct this type of research, it may become possible to establish a standardized treatment method incorporating this powerful tool.

In a recent study, researchers selected eight participants, all of whom qualified as “chronic paraplegics.”

The VR component of the study involved immersing the participants in a virtual experience where they were tasked with using their own brains to move a virtual avatar. The goal was to practice using the parts of the brain they would normally use if they were attempting to move their own bodies, and not simply the body of an animated person.

After the study concluded, all participants “experienced neurological improvements in somatic sensation (pain localization, fine/crude touch, and proprioceptive sensing) in multiple dermatomes. Patients also regained voluntary motor control in key muscles below the SCI level, as measured by EMGs, resulting in marked improvement in their walking index. As a result, 50% of these patients were upgraded to an incomplete paraplegia classification. Neurological recovery was paralleled by the reemergence of lower limb motor imagery at the cortical level.”

These are remarkable findings. Although the patients did have to undergo a full year of treatment to reach these goals, this kind of research can give hope to the many other people in the world facing similar difficulties.

Looking to the Future

One of the participants in the study, a 32-year old woman, had suffered from paralysis for 13 years. By the time the study was over, she was able to move her legs without the help of a support harness.

Researchers seeking ways to more effectively treat paraplegics shouldn’t overlook these kinds of dramatic results. This study, in particular, is of extreme value because the researchers who conducted it were able to also measure the brain activity of participants, showing that this treatment method actually helped restore brain function in the areas critical to controlling movement.

As one of the researchers puts it, “When we look at the brains of this kind of patients, they don’t show any signal when asked to imagine walking again. There was no modulation of brain activity. It’s almost like the brain had erased the concept of moving by walking.”

That all changed after the study was completed.

It’s very likely that other physicians will be inspired to conduct similar studies in the future. Now that we know VR may be able to help these types of patients, we need to explore what can be done to optimize its effects. A standardized approach to treatment may not be right around the corner, but in the future, it’s a distinct possibility.