Drug-free fibromyalgia treatment from the comfort of your home 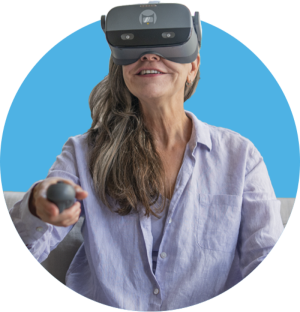 Do you struggle with fibromyalgia? Has this little-understood condition ravaged your body for years? Are you at the point where you wonder if it’s even possible to take back control of your tired, sore body and mind?

Fibromyalgia — nicknamed “fibro” — can leave you feeling stiff and tender as aching joints, sore muscles, and troublesome tendons trigger widespread pain. This can make it difficult to locate a pain-free spot!

Little wonder so many fibro sufferers find their condition demoralizing, even devastating.

If this ‘invisible’ illness has reached its grip into your personal and professional lives, we get it. When the sole thing you’re capable of is being curled up in bed, doing life becomes a nightmare.

But don’t despair. You CAN get your life back with evidence-based treatment. 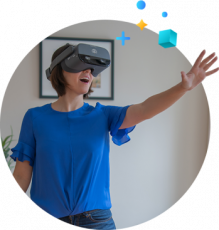 Sadly, the estimates suggest that up to 8% of Americans struggle with fibromyalgia. If you have this painful condition, you are in good company… particularly if you’re female. Yet, fibromyalgia specialist care is sorely lacking. You’ve probably noticed this in your own life?

Even now, many health professionals do not understand it This leaves many sufferers seeking home remedies for fibromyalgia; trying unproven antidotes in the hope of finding respite.

At XRHealth, we say enough! It’s past time that you receive evidence-based fibromyalgia treatment that works.

Fibromyalgia is a complex condition — which may be why it takes so long to diagnose. There is a myriad of potential factors.

1. Central sensitization — a state where the central nervous system becomes overly sensitive — can trigger fibromyalgia pain. This process changes the way the musculoskeletal system and the body’s organs experience sensations.

2. Dysautonomia — a state where the autonomic nervous system (ANS), the subconscious part of the nervous system that looks after involuntary processes like breathing, heart rate, and digestion stops functioning optimally.

This is a functional explanation of why pain occurs without any stimuli and psychological unease occurs.

3. Trauma —  Many people suffering from fibromyalgia report a history of trauma and sexual abuse, however, it has not been confirmed clinically.

Pain is complex. Many inputs are required to signal pain including

Physical and psychological pain aren’t separate in the brain. They overlap. The same parts of the brain are active.

These conditions are more common in women, and each can be caused by psychological trauma.

As the renowned trauma researcher, Bessel Van Der Kolk, M.D.,, has been known to say (and the title of his best-seller), “The body keeps the score.”

4. The great unknown — There are a ton of other plausible causes or reasons for exacerbation including genetics, hormonal and immune differences, gender discrimination, and trigger.

The Latest Treatment for Fibromyalgia

While fibromyalgia is pervasive, reaching into every aspect of health, this condition no longer needs to rule your life.

Research on this mystery condition is emerging everyday. As a result, drug-free options are becoming increasingly available.

Common approaches to managing symptoms include:

Fibromyalgia therapy shouldn’t be elusive, ineffective, or expensive. The right treatment must be steeped in evidence, proven through use, and harness the power of an actionable, sustainable approach. After all, if the “care” hurts, why would you continue?

Fibromyalgia treatment options have come a long way in the past few years. Virtual reality applications — like those we use at XRHealth — have been shown to be an efficient tool in the relief of pain. When incorporated with other therapeutic treatments, many of our patients:

At XRHealth, we believe the latest treatment for fibromyalgia is on your doorstep… or should we say, computer screen.

One of our physical or occupational therapists will assess your health and function thoroughly. A personalized treatment plan will be designed specifically for you. From there, appropriate therapies and interventions will be recommended.

Conventional approaches are combined with state-of-the-art technology. You’ll enjoy regular video calls with your fibromyalgia specialist, have access to in-app messaging, and your progress will be intermittently re-assessed so that evidence-based updates can be recommended. This promotes a cycle of success and relief.

Reduce Your Fibromyalgia Symptoms With VR at Home 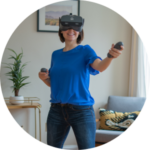 Our digital VR therapy is enjoyable and engaging. Instead of dreading therapy, you’re bound to look forward to  “playing games” that promote your physical and psychological well-being. 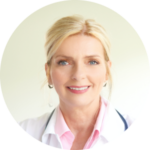 Research shows that VR therapy may be an effective approach for managing fibromyalgia. As you engage in our playful interventions, your brain can adapt to calm discomfort and dysfunction thanks to a process called neuroplasticity. 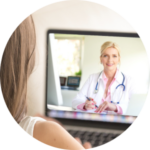 Guidance from a trained expert promotes success. You’ll speak with your dedicated therapist regularly for personalized therapy. Then, between sessions, you can text to ask questions or discuss your progress.

There are several benefits to using our virtual reality therapy programs fibromyalgia: 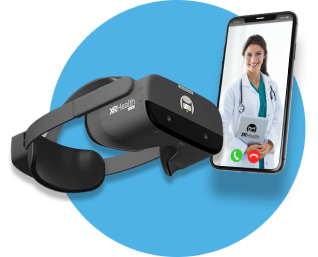 Are You Eligible for Fibromyalgia Treatment?

Note: Our medical VR applications treat certain health conditions, including fibromyalgia. While exceedingly rare, if treatment is contraindicated due to another medical condition, we will let you know 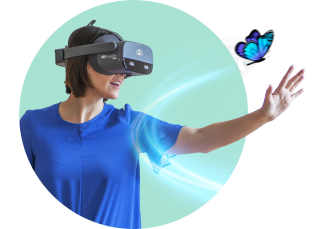 During your initial evaluation appointment, the XRHealth therapist will determine if XRHealth VR therapy is right for you.

Where do we operate?