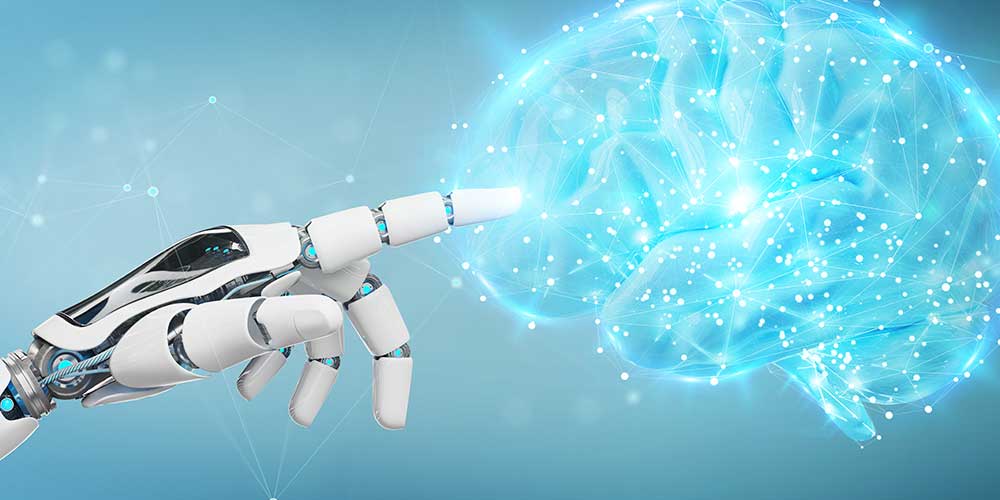 John woke up to the sound of one of Lady Gaga’s greatest hits, his favorite singer 15 years ago. “What do I have on my schedule today?” — he whispered to the empty room, his eyes still closed.

“For today, November 21st, 2025, you have your rotator cuff’s surgery at Grand Hospital at noon — at 9 am you have an online VR session of the on-boarding process for the surgery.” — echoed throughout the room. “I already booked the car to pick you up, turned the heating up, started the coffee machine and sent all your wearable data to Dr. Zus. Anything else I can do for you?”

John got out of bed, brushed his teeth and fixed his hair. He put on his glasses and started reading today’s headlines as they hovered in front of him as he was drinking his morning coffee. He still wasn’t used to his new VR/AR glasses he had bought a few weeks back.

“John, your VR onboarding starts in 3 minutes” — Alexa reminded him. He then sat comfortably in his living room and tapped on the side of his glasses.

“Good morning John” — said Dr. Zus, as they both sat in front of each other in the doctor’s virtual office.

“Good morning Doc, hope you had a good night’s sleep. I need you sharp for my surgery!” — said John, joking with a big smile. All the operations were performed by robots, supervised and controlled by the physicians.

“I slept great John, don’t worry. Shall we start the onboarding process? “ — said Dr. Zus as he sipped from his cup. John could almost smell the tea the doctor was drinking.

“Excellent. You have your smartwatch on you, right?”

“OK. We’ll start with a few cognitive and motor tests, so we can have your baseline before the surgery, so let’s play some games.”

Dr. Zus was able to see all of John’s data while sitting back in his office, including his biometric stats from his smartwatch and VR system. He could track his pulse as he started getting excited before the test began.

The environment immediately changed and John found himself in the middle of a lively circus. An avatar appeared in front of him: “Hello Mr. Bollm, you are about to go through a series of evaluations, all you need to do is follow the instructions and enjoy.”

“You did great, John!” — said Dr. Zus, as he was comparing John’s data to other patients’ with similar symptoms. They then completed three more tests before moving to the education part.

“John, let’s go through the process we’ll be doing today.” The environment changed again, and John found himself navigating inside the human body and unto the shoulder, where the surgery would take place. He could see and touch the different parts of his rotator cuff.

Dr. Zus then walked John through the process, as John was experiencing everything first hand. He now knew exactly what the operation was all about and what he would be going through.

“See you at noon Doc, thanks!”

Later that day, John got on the self-driving car Alexa had called for him and was admitted to the hospital 25 minutes later.

“Hello Mr. Bollm, your operation is scheduled for 12:15. Did you bring your own VR headset, or can we provide you with one of ours?” — a voice asked as he was about to enter the Operating Room. “I’ve got my own, thanks!” — replied John, pointing to his own glasses. “Your operation will begin shortly. You are welcome to go in and make yourself comfortable.”

A few minutes later Dr. Zus showed up. “Hi John, good to see you in person. I decided to personally come and see you before the surgery began. Are you feeling all right? Do you any other question?” “Pleasure seeing you here Doc! I’m good and ready to go”.

“Ok, one more question on our end, would you prefer to use VR or painkillers?”

During the past couple of years, it had been proven that VR’s a great replacement for painkillers in numerous experiences, not only during surgery, to the point where it has dramatically reduced the opioid crisis worldwide.

As John sat on the bed after his surgery was done, he got a notification on his glasses reminding him of a very important event — his grandchild is celebrating his 8th birthday — 12,000 miles away! He tapped on his glasses and instantly joined his family as they all celebrated together.

“Hey everyone! Happy birthday Jack!” said John as he greeted his family. “Is your surgery over? How did it go?” asked Jack, excited to see his grandfather. “It’s all good darling, I didn’t feel a thing. Show me the birthday cake!”. John felt like he could blow the candles himself. He logged out when the party was over, happy to have seen his family.

Dr. Zus came in just as John was taking the headset off. “All good John, the surgery went smoothly. Someone from our staff will come and guide you how to do your home rehabilitation exercises with your VR system and we’ll be monitoring and guiding you through the entire process.”
“Oh, and do you think the Patriots are going to win tonight?”

“I’m not sure. Since Brady retired a year ago they just haven’t been the same … Anyway, I bought front row tickets for the 16K VR live broadcast of the game. It’s amazing!”

This is not science fiction.

This is how Virtual Reality will impact the healthcare system, along with nearly everything in our lives. I believe you’ll be seeing VR headsets and applications in a medical setting at the same time you’ll find yourself watching your favorite series and movies on Netflix in VR.

Why? Because VR has two major elements that will change healthcare as we know it: Immersive experiences and data.

If you are interested in Virtual Reality, Healthcare and everything in between — this blog is for you!

Together we’ll learn if VR is indeed the next revolution in the healthcare industry.

I’ll be more than happy to hear your thoughts and get your feedback. Feel free to contact me on my Facebook Page or to comment here.

Looking forward to sharing these exciting times with you!